I am happy to announce that our new paper, describing two new species of whip spiders (Amblypygi) from Belize, was recently published (the paper can be downloaded here). This culminates work that started in 2013, in collaboration with Gustavo Miranda and Alessandro Giupponi. 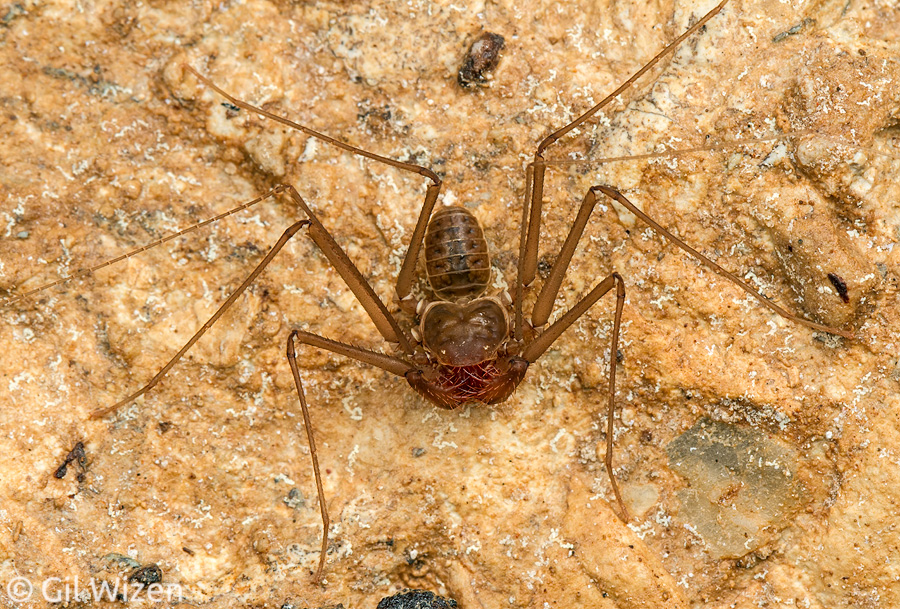 The new species were found during the BugShot Belize workshop at Caves Branch Jungle Lodge and its surroundings. The smaller species of the two, now named Charinus belizensis, was discovered under a fallen log during a night hike, concealed inside the decomposing wood and sharing the space with Diplocentrus maya scorpions and platydesmid millepedes. The second species was found within several nearby cave systems, hiding under stones and running on the sandy bottom of the cave. As soon as I found these whip spiders I knew I had something that probably no one has seen before. These were new, undescribed species. Charinus species have been described from almost every continent, they are well-recorded in South America, but so far no species have been described from Central America. Only two reports mention presence of the genus Charinus in Central America: one report from Panama mentions an epigean species with well-developed eyes. I knew the Charinus that I found were different species due to their “blindness” – the two new species have no median eyes, an adaptation for life in closed dark spaces, such as caves and deep crevices. The other report from 1982 is by James Reddell, mentioning a whip spider “troglobite of uncertain generic affinities” in the Footprint Cave in Belize, probably the same species that I found in the very same cave, three decades later. We therefore decided to pay tribute to James Reddell for this discovery and for his enormous contribution to the study of the arachnids by naming this new species after him: Charinus reddelli. 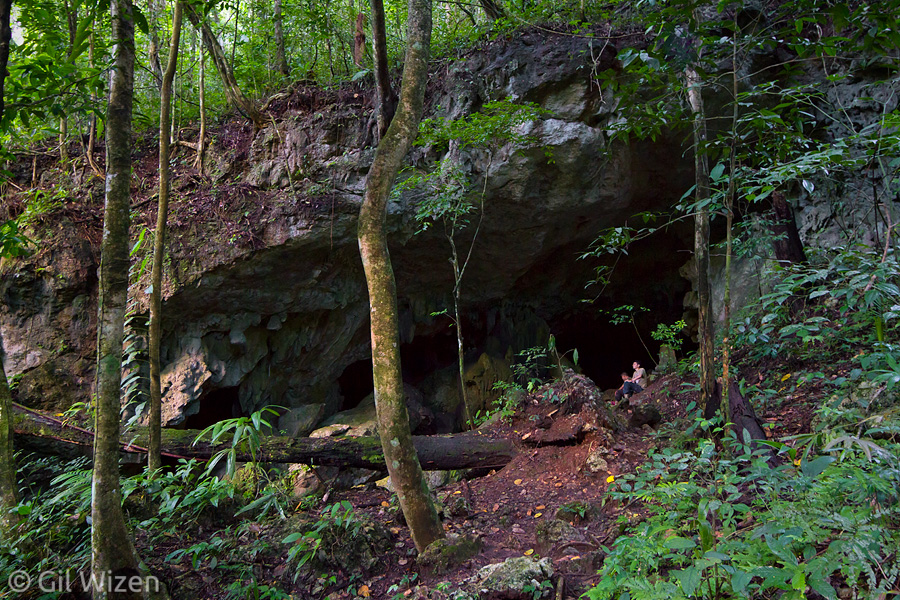 The entrance to Waterfall Cave, where specimens of the new species C. reddelli have been found.

Charinus reddelli, a freshly molted specimen besides its molt in Waterfall Cave

It is not surprising that these species have not received any attention up until now. To begin with, they are very small. The leg span of the bigger species, C. reddelli, is just over 2.5cm. They constantly take shelter inside decomposing wood (C. belizensis) or in rock crevices in caves (C. reddelli). Also, to the untrained eye they may appear as juveniles of the much bigger Amblypygi genera found in the same area, Paraphrynus and Phrynus. As such small arachnids, one might wonder what they feed on. It is possible that C. belizensis feeds on termites and other soft arthropods found inside the wood cavity, whereas C. reddelli was observed feeding on cave crickets nymphs and was even spotted taking down another arachnid – a cave schizomid. Moreover, the live specimens that I keep in captivity have been found to be very fond of eating isopods, so it is possible that they are an important component in these species’ diet. Another interesting observation relates to their breeding strategy. Whip spider females are excellent mothers and demonstrate a high level of maternal care, carrying and protecting the eggs and then later carrying the hatched babies for a while until they can fend for themselves. As small-sized arachnids, Charinus species confront a problem. If they go the same path as the other whip spider genera, producing several dozens of tiny offsprings, then they might run into survival challenges, as the tiny babies must track down and hunt for even smaller prey, and at the same time deal with predators. Instead, C. reddelli‘s egg sac contains only 4–10 eggs, and the hatching whip spider babies are quite large. This ensures that the offspring have a slightly better start in life as they can exploit the common prey size in their surroundings. 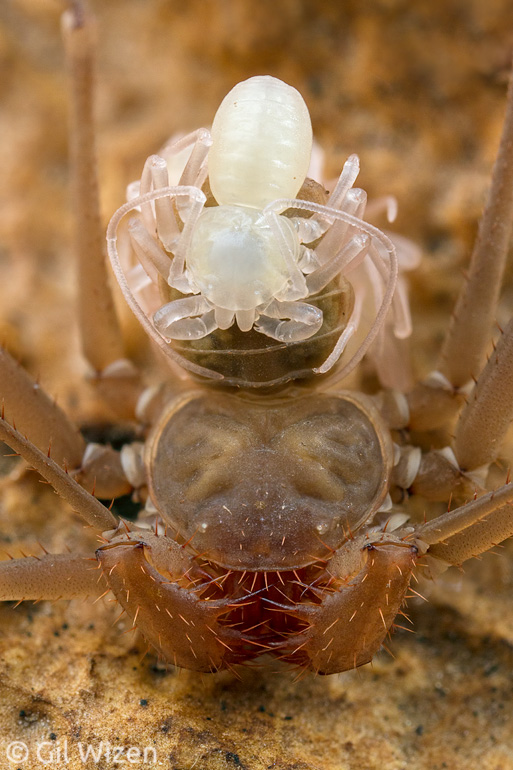 Whip spiders females are good mothers and Charinus reddelli is no exception. Here, a female carrying her newborn baby on her back. Three other babies are still in the process of hatching under the mother’s abdomen.

It took a long process to obtain the proper permits, collect, export, and describe the new species, in which I received tremendous help from Ella Baron from Caves Branch Jungle Lodge. The important thing is that now these two small arachnids are known, they have a name and a valid presence, which will make it easier to protect them and their habitat. I hope that in the near future more species of Charinus will be discovered in Central America, filling the gap in their known distribution.

2 thoughts on “New species of Charinus in Belize”