You might remember one of the first images posted on this blog, featuring a mysterious pair of neuropterans from a forest in New Zealand:

More than a year has passed since I took that photo, and I was trying to ID these magnificent insects. There is absolutely no other photo of this species online, or at least I could not find any.
Eventually salvation came in the form of an old lithograph from “An Elementary Manual of New Zealand Entomology” by George Vernon Hudson, posted in Wikisource. In the text, describing NZ Neuroptera, this insect is mentioned as Stenosmylus incisus from the family Hemerobiidae, however after tracking it further down I found out that this name is a synonym (a name for a species that goes by a different name), and the species name is really Kempynus incisus (McLachlan, 1863). Moreover, the species does not belong to family Hemerobiidae, but rather to Osmylidae, a small family of lacewings associated with freshwater habitat. Did I mention I found those lacewings perching on a branch next to a flowing stream? Now it all makes sense. Here is a MYN shot of the pair, this could very well be the only photos of this species now available online:

A pair of Kempynus incisus (Osmylidae), male on the right, female on the left. Canterbury, South Island, New Zealand

What I find striking is the extreme sexual dimorphism. Even when placed one next to the other, the males look so different from the females, that it is hard to believe they belong to the same species. And indeed, if I had not found them together in mid-courtship in the forest, I would have thought those insects belong to two different species. The males are exceptionally beautiful: 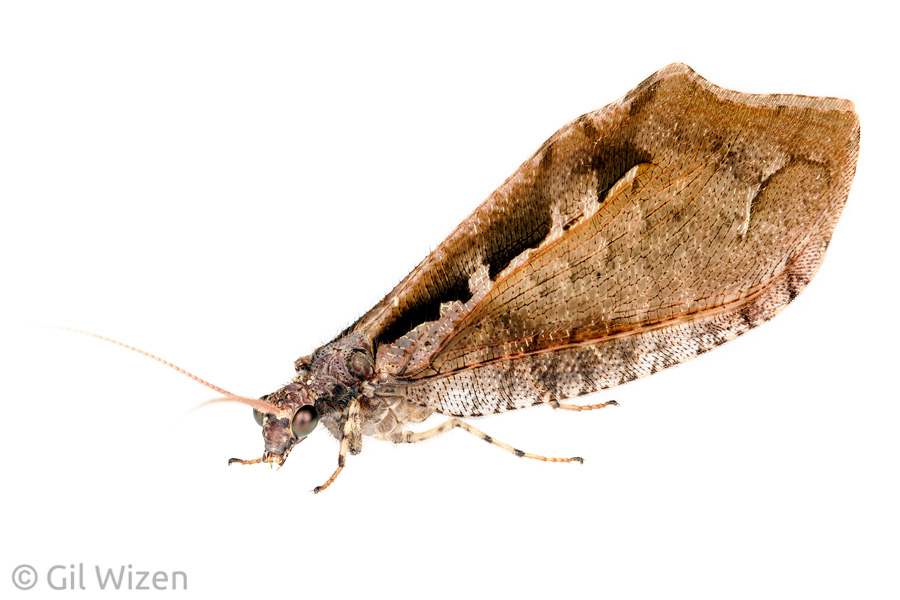