In one of my day walks through the forest I reached down to dismantle a rotting piece of wood, to reveal some of the invertebrates that are hidden within. 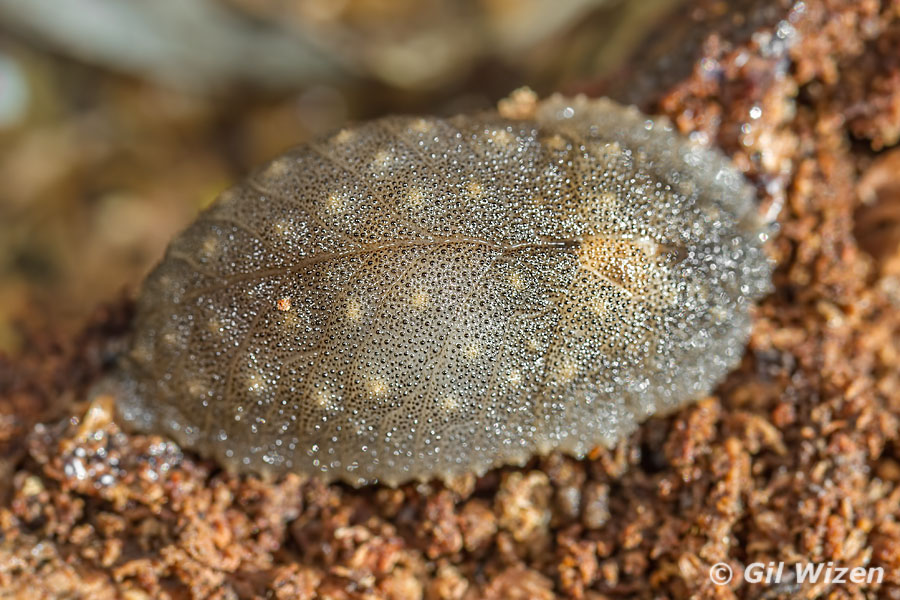 Does not look like a slug at first glance.

New Zealand slugs belong to the family Athoracophoridae. The one in the photo below belongs to the genus Pseudaneitea. The pale bumps on the surface of the dorsal side are called papillae. In some recently discovered species the papillae form retractable spikes. Very cool, however it is unclear what the spikes are used for.

More common are members of the genus Athoracophorus. Leaf-veined slug biology is poorly known, but they are thought to feed mainly on algae and fungi found on the surface of plants. In contrast to other slugs, these beauties do not feed directly on plants’ foliage, and therefore do not cause excessive damage to plants. I wonder if they are ever considered as plant pests.

The slugs are nocturnal, and frequently can be seen mating on the surface of leaves. All terrestrial slugs and snails are hermaphrodites meaning they have both male and female reproductive organs, but they need to mate in order to fertilize each other’s eggs. Most slugs have an enchanting mating ritual, in which they hang down on a rope of mucus and encircle each other until they form a spiral with their bodies. Their reproductive organs are drawn and get entangled too, until eventually flattening, creating a translucent flower-like structure. The mating process in leaf-veined slugs seems a little less “exciting”. The two mates meet on the surface of a leaf or on a thick branch, and after a short period of time spent familiarizing with each other, they exchange sperm. In the photo below the male reproductive organ is visible (a slug’s genitalia is located close to the head), and these slugs are in the process of exchanging sperm. Once the exchange is completed, the slugs part and each one lays clutches of soft eggs in a moist protected place, such as under fallen leaves or in rotting logs.