As the clock counting towards the end of 2014, it is time for another year-in-review post. This was a good year. What a refreshing change from 2013. The main element this year seems to be traveling – I did lots of it. I think I broke my own record for traveling by air, sometimes squeezing multiple destinations into the same month, all thanks to the leave of absence I took from the university. It does not necessarily mean I visited new places; there is still a ton I want to see. The surprising thing is that I do not feel like I photographed enough this year. Many of these trips relied heavily on research, and very occasionally I found myself in a conflict between collecting data and photographing.

Here are my best of 2014. I tried to keep the same categories as last year.

The most unpleasant subject

Well, botfly again in this category, just like last year. I actually had a human botfly (Dermatobia hominis) in my own body last year as well as this year (there is a scientific publication about it on the way – a topic for a future blog post!). Although I have to say this year’s cute parasite was not at all unpleasant, on the contrary! For this reason I decided to go all the way through and have it complete its larval development inside my body, and now I am eagerly waiting for it to emerge as an adult fly. 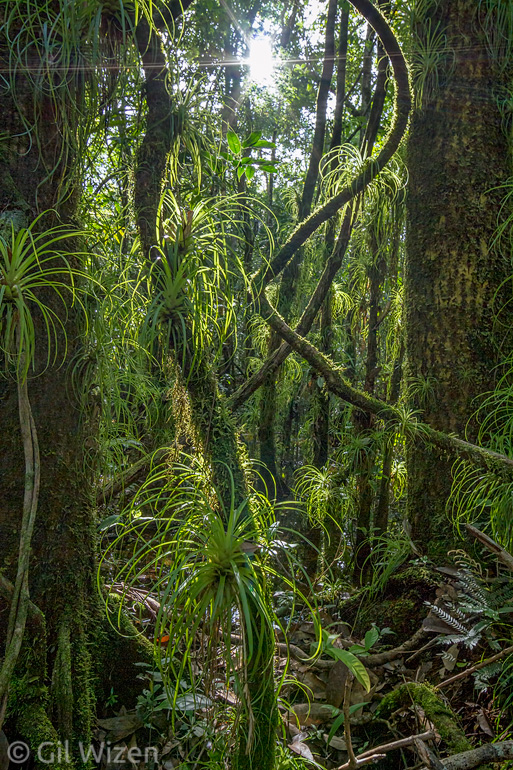 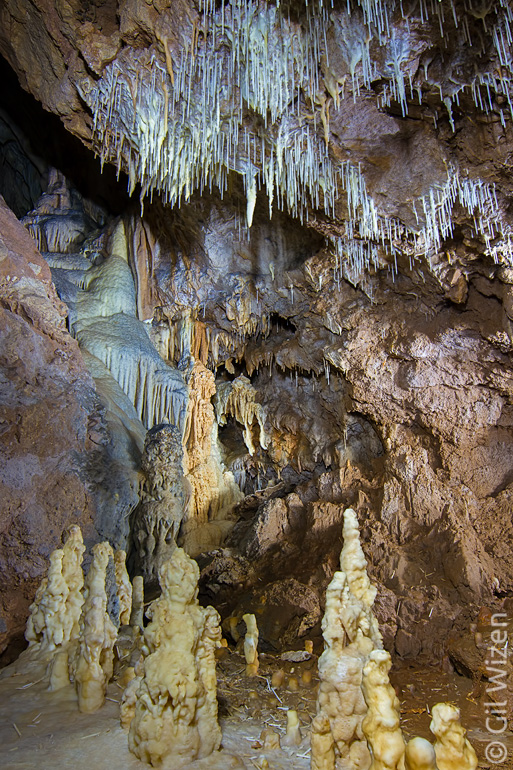 I’m afraid I did not take too many landscape photographs this year. I was more concentrated in other methods (see below) that I completely neglected this photography sytle. In fact, I have just sold my trustworthy Tokina AT-X Pro 17mm lens, because I found that I am not using it anymore. I did have a chance to visit some breathtaking places this year, and chose two shots from Belize as my favorite landscapes for 2014.

The most perfectly timed photo

This photo is not exactly “perfectly timed” in the sense that I had to wait in order to capture the right moment. As I was walking to my cabin in the Ecuadorian Amazon I saw this pinktoe tarantula (Avicularia huriana) resting on a wall that was painted to show a scene from the rainforest. To my amazement the spider picked the “correct” spot in the painting to rest on, a palm leaf, just as it would be in the real vegetation. The cutesy ants painted marching nearby add a nice twist to this photo. 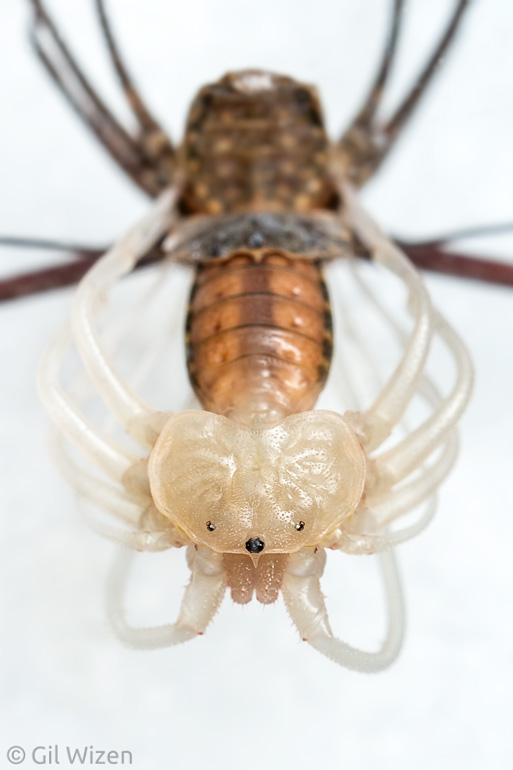 This molting amblypygid (Euphrynichus bacillifer) takes this category. I like how it looks like a version of Alien’s Facehugger from this angle.

I regard this as one of my best super-macro shots. I have already written a short post about how this unique inflorescence sent me 20 years back in time for a trip down memory lane. What I love about this photo is that I managed to produce exactly what I envisioned.

The most cooperative dangerous subjects

You can read more about my scary encounter with the huge Phoneutria spider here. I admit that my hands were shaking as I was getting closer and closer to take a photo. These spiders are fast. And usually quite aggressive too. In the end this female turned out to be very docile, and she also kindly warned me when I was getting too close.

Never in my wildest dreams I imagined I would be photographing a coral snake from a close distance, not to mention doing it alone with no assistance. These snakes have extremely potent venom and should be left alone when encountered. However, in my case an opportunity presented itself and I could not pass on the chance to photograph this beautiful creature. It was carefully released back to the rainforest immediately after the shoot.

The best photo of an elusive subject

There is almost nothing I can say about Sabethes that I haven’t already said in this post. This mosquito is nothing short of amazing, and for some insect photographers it is a distant dream to photograph one in action. Too bad they are tiny, super-fast, and oh yes – transmit tropical diseases that can kill you. So I guess it fits the previous category as well.

I have seen army ants in the past but this year I was happy to walk upon a bivouac (a temporary camp in which they spend the night). It is such an impressive sight. It is also quite painful if you are standing a bit too close. Taking close ups of the bivouac’s “ant wall” was an unpleasant process, to say the least.
I also love this scene where a small roach watches by while the ants form their crawling “rivers”.

I rarely take deep focus stacks. The reason is that I like to photograph live animals and this method requires an almost perfectly still subject. This stack of nine images shows one of the most impressive jumping spiders I had the fortune of finding. You can tell I went all “Thomas Shahan-y” here.

If there is one style I was obsessive about this year, it is wide-angle macro. I decided to dive in, and experimented with different setups and compositions. I have now gathered enough experience and information to write a long post (most likely split in two) about this method. Stay tuned. In the meantime, here are my favorites from this year.

The next photo comes with its own story: On the way to the 700-Feet Waterfalls in Belize for an Epiphytes survey, Ella Baron (manager of Caves Branch Botanical Gardens), Alex Wild and I joked that it would be cool to take a wide-angle macro shot of a frog against the background of the waterfalls, and to use this “postcard shot” to promote future BugShot Belize workshops. 15 minutes after that, I had the shot on my memory card… This is probably my favorite photo from 2014.

The best Meet Your Neighbours photos 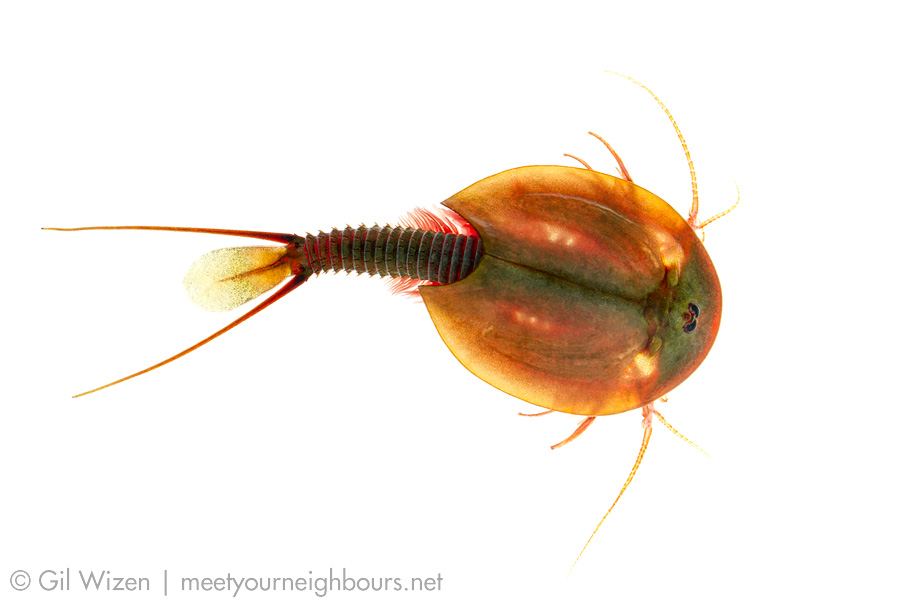 Along with wide-angle macro photography, I also photographed intensively against a white background, as a contributor for Meet Your Neighbours project. This technique is easy and produces stunning results that it is difficult to choose favorites. I think I like best the photos that still incorporate some part of the habitat, such as the ones below.

Shooting for Meet Your Neighbours not only gives a chance to appreciate organisms out of the context of their surroundings, but also makes it super easy to use the images in creative ways. I do not consider myself a competent meme creator, but there are times that I have no better way for expressing myself.

One of those mornings.

And the most exciting subject…

Ah, where to start? There were so many great finds this year: timber flies, fringed tree frogs, velvet worms, freshly molted whip spiders, eyelid geckos, tadpole shrimps and more. I cannot simply pick one favorite subject. They were all my favorites, so I decided not to end this post with a trail of random photos. I cannot wait to see what I will encounter next year. Have a good 2015!

6 thoughts on “2014 in review: traveling, wide-angle macro and great finds!”