If you missed my subliminal message in the last two sentences of the previous post, I am not done yet with the Transformers. I was building up to this exact moment. You see, insecticons ARE everywhere. Maybe not in the same context as depicted on the TV series, but still there are creatures out there that are more than meets the eye. A substantial part of their existence relies on fooling predators into thinking they are something else: an inanimate object, another animal, or something completely different. I am happy to introduce “Little Transformers”, a new section on the blog, in which I will present interesting cases of insects in disguise.

We are launching this series with the beetle that started it all – the pill scarab (member of subfamily Ceratocanthinae). If you run an internet search with the words “transformer” and “insect”, there is a high chance that one of the results will be an image created by Kenji Nishida, showing a small beetle from Costa Rica transforming from a ball-mode to beetle-mode. The image has gone viral soon after being posted online, and now that Ceratocanthus beetle is fairly recognized by title as the beetle transformer. I have posted an image of a similar beetle before on this blog, a Ceratocanthus species I found in Belize. It was featured in an excellent phylogenetic paper about this subfamily by Alberto Ballerio and Vasily Grebennikov, and even made it to the journal’s cover. I recommend checking the paper out, even if you are not interested in these beetles, you can enjoy the beautiful images showing the impressive diversity of the group. 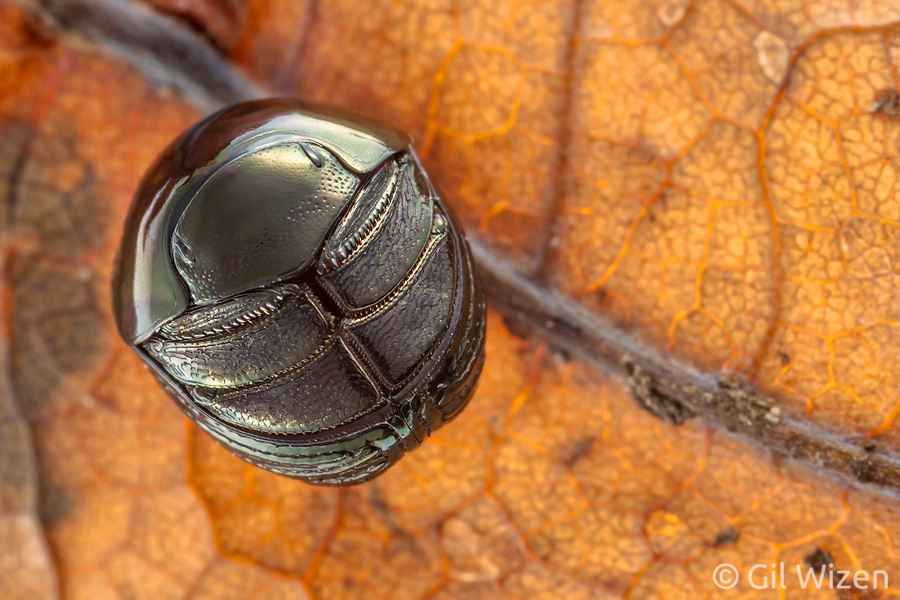 Ceratocanthinae are a subfamily of Hybosoridae within the Scarabaeoidea beetle group, containing over 360 described species, most of which are small in size (just a few millimeters in length). They have a wide distribution range mainly in tropical regions throughout the world, with only a few genera and species recorded close to temperate regions. Ceratocanthinae also occupy different types of habitats. The highest diversity seems to be in new world rainforests, but they also occur in temperate forests, subtropical forests, savannahs, and even in coastal deserts. Adult Ceratocanthinae are best known for their ability to conglobate: rolling into a nearly perfect ball. The elytra, pronotum, head, and all six tibiae interlock with each other by means of grooves and corresponding ridges, forming a tightly connected external surface. Many beetles take the form of a tight compact structure when threatened, however in Ceratocanthinae the tibiae of all six legs participate in forming the external hard surface of the sphere, unlike in other beetles. 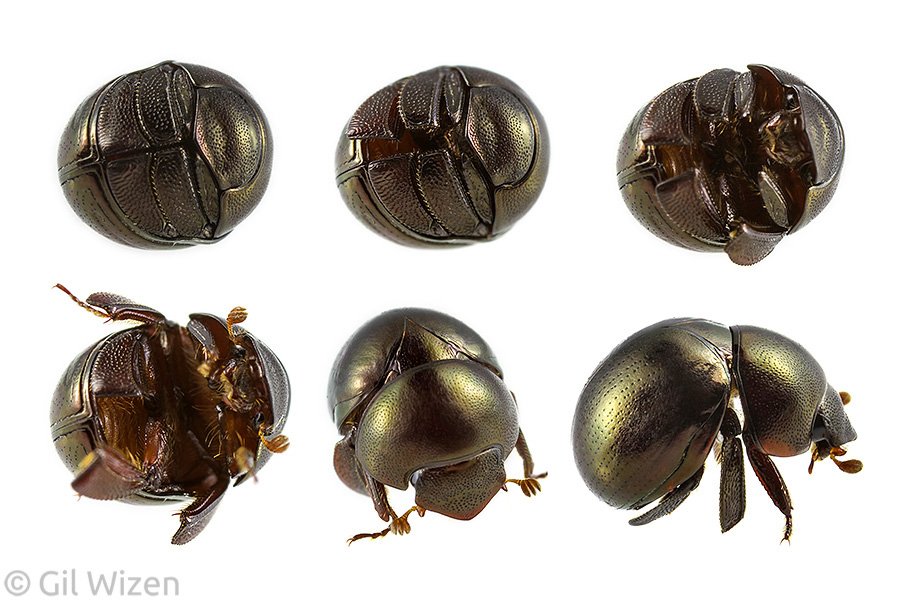 It is fascinating to observe these beetles transform to and from their alternative mode. Nancy Miorelli, an entomologist and science communicator living in the Maquipucuna reserve in Ecuador, recently recorded a video showing the beetle opening up (by the way, Nancy also creates beautiful jewelry from insect wings and Tagua nut with the proceedings supporting rainforest conservation and the local community. You can check out her shop here).

Why do they do this? The ability to roll into a tight compact structure probably has anti-predatory and physiological advantages, such as moisture retention or thermoregulation. It seems that the primary use is as a form of crypsis, to avoid detection by nearby predators, however after following several beetles in the wild I noticed that they stay transformed into the ball-mode even when they are not active; perhaps it is a way for them to rest too.

Unfortunately, very little is known about the biology of Ceratocanthinae. They are sometimes found under bark, in tree holes, and in decomposing wood. Several records report adults and larvae that have been found in termite nests. However, It is unclear whether Ceratocanthinae are termitophilous and have a relationship with the termite hosts. The ability to roll into a ball can serve as a defense and might be an adaptation for living in the hostile environment of a termite nest. Another suggestion defines the beetles as termitariophilous, in other words attracted to the properties of the termite nest itself as opposed to its inhabitants. While the feeding habits of Ceratocanthinae are mostly unknown, a handful of observations report adults feeding on various fungi. It is therefore possible that Ceratocanthinae are attracted to some of the fungi growing on the surface of termite nests. This can explain the presence of the beetles in the nests, but unfortunately without additional data about the beetles’ life history it would be difficult to validate this connection.

So the next time you are out in the field and you stumble upon a tiny sphere in a peculiar place, take a closer look. If it looks like a beetle mummy, then bingo! You have a Little Transformer. Now all you need to do is wait for it to open up… Patience. Lots of patience.