I cannot end my NZ report without mentioning one sad truth.
New Zealand is full of invasive species.

At first I was not sure if the European blackbird I saw when I landed in Auckland was indeed the one I know from home or some NZ-specific species. Soon I learned that there are so many introduced birds species in New Zealand. Moreover, New Zealand has no native terrestrial mammals (except for two bat species), yet many introduced mammal species are widespread and frequently seen. The same goes for other groups of animals as well as plants.
New Zealand, being a group of islands, is exceptionally prone to such species “invasions”. Many non-native species, introduced deliberately by man or naturally by immigration from nearby continents, found suitable environmental conditions to colonize the country and in absence of their natural enemies there is no control on their population growth.

One of the best examples is the Common brushtail possum (Trichosurus vulpecula), introduced intentionally from Australia by European settlers in the 1850s. The reasons behind this were to use the animals as a source for food and to use their soft fur for clothing. However, some possums escaped from the farms and established wild populations, and by the 1980s they were widely spread throughout NZ in a variety of habitats. Possums are herbivores, feeding on leaves, fruits and seeds. They have some negative impact on the NZ flora by reducing the diversity of plant species in a given habitat, in addition to damaging agricultural crops. But their main impact is transmitting diseases to other mammals. They are vectors for bovine tuberculosis, which is a major threat to farm animals. Department of Conservation (DoC) as well as several other agencies are putting substantial efforts to control and reduce the numbers of possums by trapping and poisoning them, with some success.

Common brushtail possum (Trichosurus vulpecula) in Fiordland National Park, South Island. Do you think this guy is cute? Not only it defoliates trees and damages crops, it can also transmit diseases to farm animals.

Another interesting example for an invasive species in New Zealand is the rabbit (Oryctolagus cuniculus). Rabbits were initially introduced as a food animal by European settlers, but were later liberated from farms to use as game for the export of skins and fur. They have multiplied and reproduced well and by the 1870s, they were reported as a serious pest. The rabbits depleted the soil through erosion and negatively affected the diversity of plant species. In farming areas the rabbits reduced the sheep-carrying capacity by competing with sheep on food sources.

Do you think this guy is cute? Well he is, but he is also responsible for eroding the soil and reducing vegetation cover, ultimately changing the landscape (Otago Peninsula, South Island).

Soon after the establishment of wild rabbit populations, farmers demanded a solution to the problem. They suggested introducing the rabbits’ natural enemies as a means of population control, and in the 1880s mustelids (stoats and weasels) were introduced from Britain into New Zealand. It was not long before the mustelids learned that instead of wasting time and energy chasing rabbits, they can easily prey on the native ground-nesting and flightless bird species. These birds have evolved in the absence of mammalian predators and were essentially sitting ducks (pun intended) for the mustelids. And soon enough, a drastic drop in numbers of several New Zealand bird species was recorded.

Today mustelids are widespread in New Zealand and there is a DoC program to control their populations. Traps for mustelids can be seen in many nature reserves and national parks. In fact even Fiordland National Park, which is considered one of the world’s heritage nature reserves, is not immune to invasive species and during my short visit there I observed dozens of possums and a baby mustelid – a bad sign that they are breeding in the park, despite DoC’s efforts to trap and hunt them down. In one of my hikes in Fiordland I found a small base harboring two small choppers. My first thought was that those were rescuing choppers and I felt relived that if got stranded in the park I would have a good chance of coming back alive and in one piece (and how ironic is it that I actually needed such a rescue a week later?). But when the DoC personnel showed up they explained that every couple of months DoC sends hunters into the park to go after wild roaming deer, mustelids and possums, and those choppers are used to transfer the hunters in and out of the park.

These are just several examples for invasive animal species in New Zealand. There are hundreds more. I did not mention rats, mice, cats, Australian magpies, german wasps, as well as other notoriously-known species.

European goldfinches (Carduelis carduelis) were introduced from Britain in the late 1800s and since then have become extremely common throughout NZ. I have never had a chance to photograph a group of goldfinches in my home country, so I find it ironic that I succeeded only after traveling to the other side of the world (Okiwi Bay, South Island). 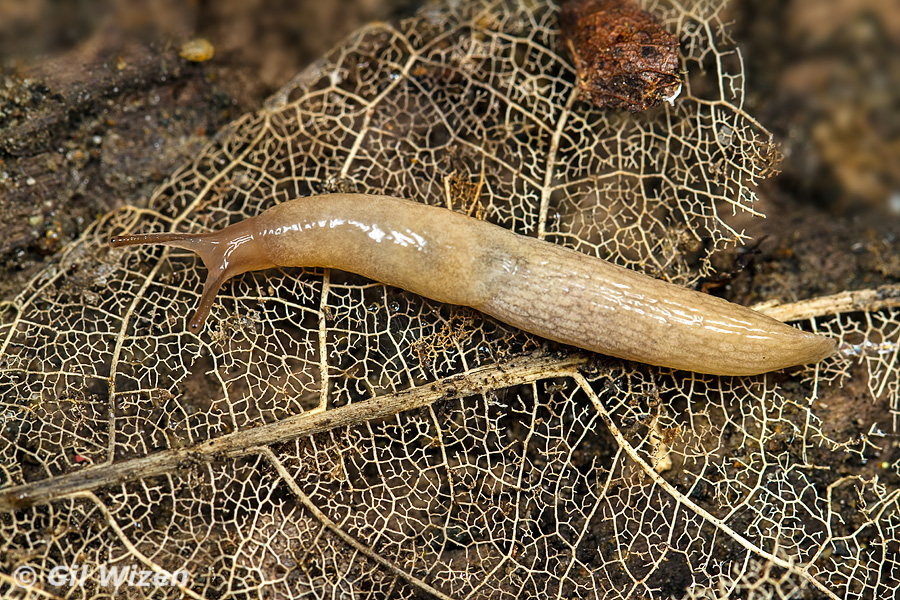 An introduced slug species from Dunedin, South Island (all native NZ slugs have a characteristic leaf-vein pattern on their dorsal side).

On the topic of invasive plants, New Zealand border control is doing the best it can to prevent visitors from introducing unwanted species. After you land you are greeted by a nice officer that inquires about the contents of your luggage (including gifts!) to make sure you are not carrying any fruits. Then he takes a good look at your shoes for any sign of dirt, soil, or seed stuck in your shoelaces. If something looks suspicious, you are asked to remove your shoes and after a short inspection you receive them thoroughly washed and clean. Very impressive and reminds me of my visit to the Galapagos Islands when my bags were searched and I was asked to dip my shoes in some sort of disinfecting solution. Unfortunately, invasive species are a global problem not limited to islands only, but still in most world countries such ‘visitor checks’ are relatively minimal. I have more to say about this but it will have to wait for another post.